Owning and running a fuel-efficient car should become much more affordable between 2020 and 2030 compared with today, provided new technologies are brought to the market. This is the main finding of a new study1 released today by The European Consumer Organisation, BEUC. 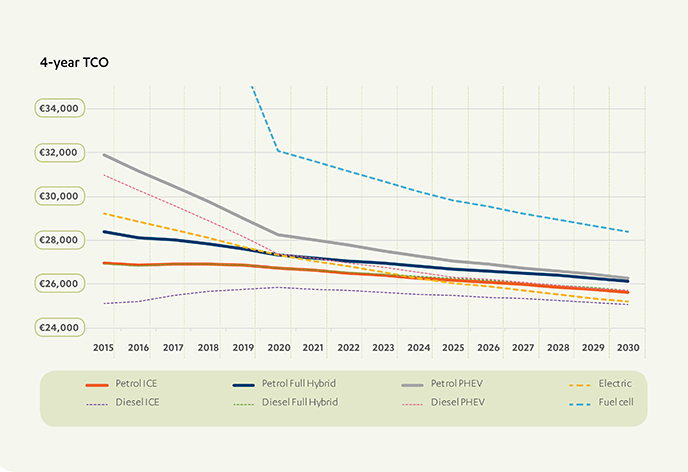 “Consumers stand to win big from the cost savings of energy efficient technologies, whatever the type of car they choose to ride. Compared to 2015, filling the tank of a new petrol or diesel car bought in 2025 could save consumers on average €6,500 over the car’s entire lifetime. Electric vehicles should no longer be the privilege of the few but become affordable to the masses within the next decade.

“Today’s cars consume much more than manufacturers claim they do. It is high time cars became a money saver instead of a money drainer. However, the change will not happen by itself, policy makers need to lock in the technology roll out.  In 2017 we expect a proposal from the European Commission to drive down CO2 emissions including ambitious reduction targets for cars for 2025 and 2030.

“More electric cars on the road will also require more charging points. Consumers need certainty that refuelling will be convenient and accessible whether they want to charge at home, at work, or whilst on the road.”

The study will be debated during a launch event on Monday 28 November in Brussels. Join the #lowcarboncars conversation on Twitter from 18:00 CET.

Background
According to EU Commission plans, by 2050 the transport sector’ CO2 target will be 60% below the 1990 levels. To achieve this goal, passenger cars will need to go through substantial technological improvements over the coming years. Low carbon cars are key to spur this change.

1 BEUC commissioned this study to consultancy Element Energy. The calculations were based on assessing the total cost of ownership, i.e. how much a consumer spends on their car over the time owning it.