Consumer organisations in Lithuania, Slovakia, Slovenia and Switzerland1 have announced that they will collect claims of car owners affected by the Volkswagen emissions scandal to demand compensation in court. Since the scandal broke, The European Consumer Organisation (BEUC) and its member organisations, national consumer groups, have been working together to hold VW accountable for its fraudulent practices and to compensate consumers. Consumer organisations from Belgium (Test Achats/Test Aankoop), Italy (Altroconsumo), Portugal (DECO) and Spain (OCU) have launched groups actions against VW last year. 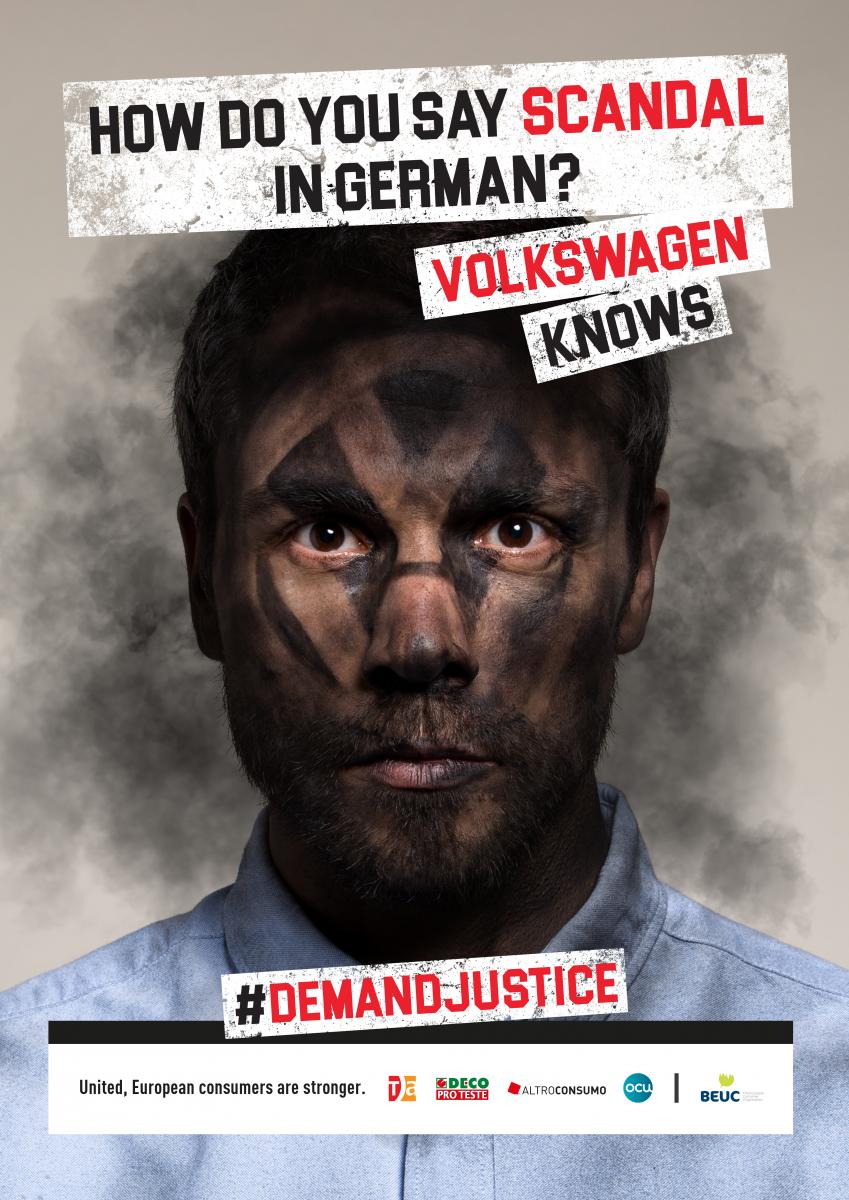 Now affected car owners from these additional four countries can register either directly with their national consumer organisation2 (in Slovenia) or on the claims platform myRight3 (for Lithuania, Slovakia and Switzerland). The goal is to sue VW in a German court in order to obtain compensation. Other consumer organisations are also considering launching own legal actions.

Two years ago, VW admitted that it deceived European consumers by equipping more than 8 million diesel cars with illegal emission control systems. Despite VW’s fraudulent “clean” diesel marketing, the car maker continually refuses to compensate consumers – contrary to the US, where VW was ready to settle quickly with authorities and car owners.

That is why consumer organisations from Belgium, Italy, Portugal and Spain launched class actions against VW last year. But in many European countries, collective redress procedures are missing and consumers are left defenceless. As a result, four consumer organisations (from Lithuania, Slovakia, Slovenia and Switzerland) are cooperating with Hausfeld, an international law firm, to join forces and ensure that all possible legal remedies for consumers are exploited. Through this cooperation consumers will be able to hold VW accountable without economic risk.

“Volkswagen has deceived its customers on an unprecedented scale. European consumers have been misled into buying a car illegally equipped with a defeat device and Volkswagen’s continued rejection to pay compensation is appalling. When consumers have been cheated they deserve justice, just like what happened in the US.

“The stakes are very high. If Volkswagen is let off the hook, it sends a message not just to the rest of the car sector but also to the entire business world that cheating doesn’t have real consequences. Volkswagen should not be above the law just because it’s big and powerful.

“In the face of VW’s obvious wrongdoing, consumers in too many EU countries are left without legal options. The possibility to bring about a group action is desperately missing. This would not only be instrumental for consumers to get compensation but also function as a deterrent against cheaters.”

2 Claims will be collected through dedicated webpage www.prevwara.si

3 myRight (www.myright.de) collects claims of individuals who assign their claims to the platform to take legal action. Their goal is to obtain compensation and redistribute it among the individuals whose claims it has collected.