German consumer group Verbraucherzentrale Bundesverband (vzbv) and Volkswagen (VW) have reached an out-of-court settlement to compensate drivers affected by the 2015 Dieselgate emissions scandal. This is the result of a model case (“Musterfeststellungsklage”) launched by vzbv against the car maker on behalf of more than 400,000 consumers. 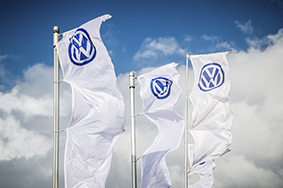 To speed up the legal process, vzbv and VW had on the request of the Court entered settlement negotiations. This has resulted in the following:

• Approximately 260,000 consumers in Germany who joined vzbv’s case can receive between 1,350 and 6,257 euros, depending on the car model and age. That comes down to a total of 830 million euros. Those wishing to take up this offer have to confirm so by April.
• Those who wish to reject the offer can still bring individual claims by October.
• The criteria for obtaining compensation will be supervised by a third party.
• Consumers who joined vzbv’s case but a) were not living in Germany at the time they bought the car or b) bought the car as of 2016, are unfortunately not covered by this agreement.

Vzbv comments that it had fought for more, but got the maximum that was achievable in the context of difficult negotiations.

This does not mean the Dieselgate chapter is now closed. Consumers in Belgium, Italy, Portugal and Spain still await the results of so-called ‘collective redress’ cases introduced by consumer groups against the car maker.

In other EU countries, consumers remain empty-handed as there is no easy way to get redress in their jurisdiction. This might soon change, if EU institutions reach an agreement to create a collective redress system at European level.

“This is good news for consumers in Germany. For years, Volkswagen refused to compensate Europeans for the Dieselgate scandal. Vzbv has done a great, professional job in changing this.”

“It is now time for Volkswagen to also take responsibility for those European consumers that are not covered by the German settlement, and to provide them with adequate compensation for the damage they have suffered. The fact that they do not live in Germany is certainly not a valid reason to leave them out in the cold.”