Several Member States including Germany and Italy are putting at risk current efforts to reform the system of approving and checking cars in Europe. If the positions of these Member States persist, they will ultimately threaten efforts to prevent a future Dieselgate scandal emerging in Europe. These are the findings of an unpublished report seen by BEUC, on Member State positions concerning the reform of EU type approval and market surveillance rules. 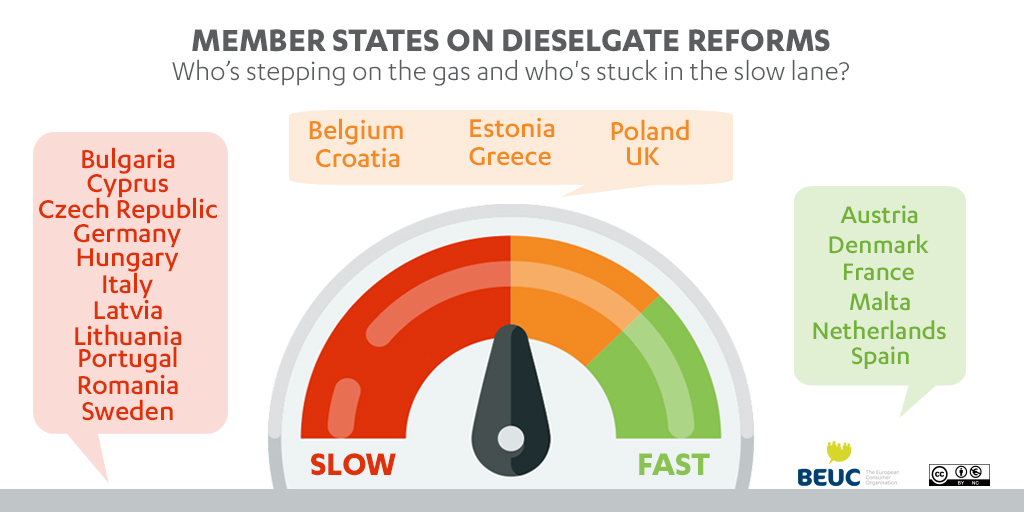 In addition, the Maltese Presidency has just published a report on the ongoing work around the reform. The report distinguishes two groups of disagreeing Member States without naming them. Member States are to meet next Monday February 20th to further discuss the topic.

“It is deeply worrying that several Member States are trying to water down efforts to avoid another Dieselgate scandal. Many of them are failing to acknowledge for instance the need for real oversight at the European level nor the conflict of interests that currently exist between car makers, national authorities and private test labs. When we see the EU Parliament taking great strides to get things right, it is utterly disappointing to see Member States avoiding calls for real change.

“If the EU is serious about preventing another Dieselgate scandal and restoring consumer trust in the automotive sector, Member States must back the European Parliament and step on the gas over the coming weeks to resolve its position quickly.”

Background
At the EU Council level:
The unpublished report sheds light as to why the official Council position from last November lacks ambition to reform the system.
The EU Council’s Competitiveness Council, which is responsible for developing the Council’s position on type approval and market surveillance, meets on 20th February.

At the EU Parliament level:
On 9th February the European Parliament’s IMCO Committee adopted a positive draft report on the Commission’s Proposal to reform type approval and market surveillance regulations.