The European Parliament just failed – by three votes – to block a proposal from the EU Commission to authorise the use of phosphates in döner kebabs and gyros1. Although phosphate additives are not allowed in these meat preparations, some producers have been unlawfully adding them in kebab meat sold across the EU. There are concerns over their health effects and their water-binding properties, which manufacturers could abuse to bulk out meat with water. 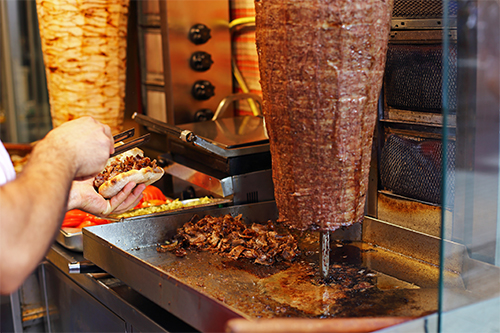 “Phosphates have no place in kebabs and gyros. Sadly, MEPs have decided to authorise these unnecessary additives. There are concerns over the impact of phosphate additives on consumers’ health. So it is wiser to wait for the EU Food Safety Authority’s evaluation before considering to allow them in more foodstuffs.2 Some manufacturers manage to produce phosphate-free kebabs and gyros and should serve as an example.

“Now we need Member States to require that kebab vendors clearly inform consumers on the presence of phosphates in their meat through labelling and check they do so. That’s the very least they should do. Member States should also tighten up checks on the use of additives in the meat sector.3 This is essential to prevent similar stories from happening again.”

Read our letter to all MEPs ahead of today’s vote here.