Children smartwatches, on sale in many European countries, pose massive security risks. Research published today by Forbrukerrådet, the Norwegian member organisation of BEUC, has revealed that strangers can seize control of the tested watches and use them to track and eavesdrop on children. 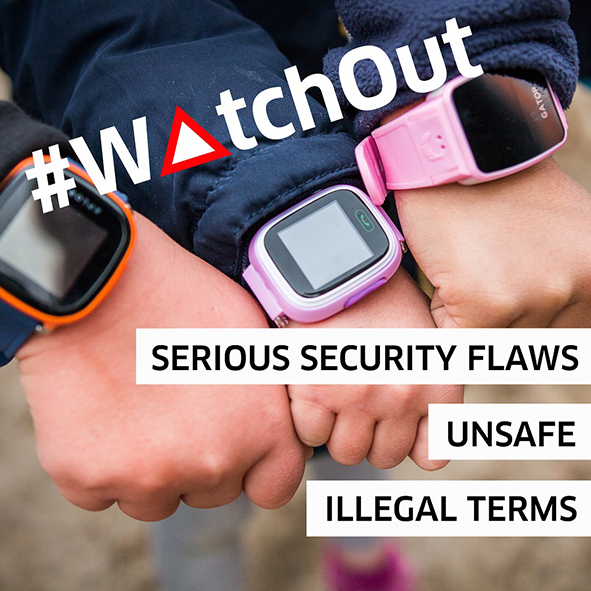 These watches allow parents to communicate with their child through their mobile phone function and stay up-to-date about the child’s location via the app.

The findings again showcase that the growing presence of internet-connected products may come with new and very serious risks for consumers’ security. They also often disregard basic consumer and data protection rights.

The research in particular revealed:

“These watches should not find their way into our shops. Parents buy them to protect their children. However, they are probably unaware that instead of protecting them they are making their children more vulnerable.

“The EU urgently needs to regulate mandatory security standards for connected products. Producers should immediately fix these flaws or they should find their products withdrawn from the market.

“Products which are connected to the internet are everywhere. Unfortunately, some producers seem to turn a blind eye to basic security and privacy standards in their rush to market such products. Market surveillance authorities should make sure that such products never reach the market in the first place.”