According to a survey conducted by consumer groups in nine EU countries [1] published today, consumers believe that artificial intelligence (AI) can bring benefits. However, when asked to evaluate the added value of a number of specific services which already today use AI technology – e.g. home virtual assistants or advertisement on e-commerce sites – most respondents are not convinced. 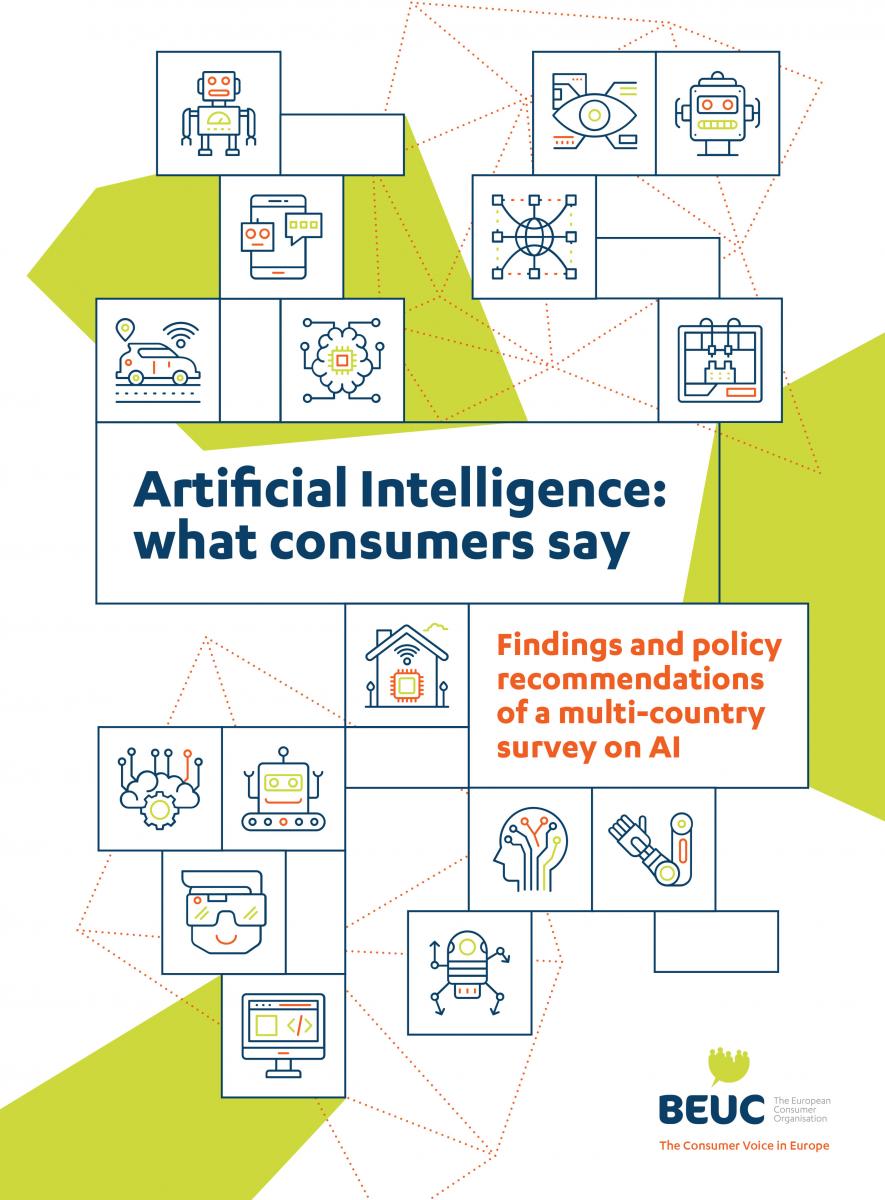 Consumers also voiced various concerns such as the issue that AI could lead to an increased abuse of personal data. In fact, when it comes to particularly intrusive technologies, such as voice recognition, many consumers – 68% in Germany and 71% in Belgium – have little trust that their privacy is protected.

The survey shows that consumers have confidence in AI’s potential but they want to remain in control. More than two thirds of respondents tell us that users should have the right to say “no” to automated decision-making.

Other findings of the survey include [3]:

“AI powered products and services – from voice assistants to chat bots – are increasingly entering consumers’ lives. Still, 43% of respondents to our survey feel ill-informed about AI or have never heard about it. And while consumers believe that AI can bring benefits, they also say that it is not delivering yet. Many also raise serious concerns with up to five out of ten stating that AI will lead to unfair discrimination.

“The survey shows that consumer organisations have their work cut out to play a role in informing consumers about useful, safe, and legally compliant AI applications and how best to use them.

“It is concerning that a majority of consumers do not trust that their privacy is protected when using AI tools such as smart watches or voice assistants. Consumers tell us that they are worried about the risk that companies and governments can deploy AI to manipulate their decisions and that AI will lead to unfair discrimination. EU legislators need to take these concerns seriously and make sure consumers are protected and can trust this technology.

“Current consumer protection, privacy and liability rules are simply not fit for purpose to protect consumers from the negative consequences of AI. The EU is planning to propose rules on AI: they are urgently needed. Consumers must be protected from risks such as discrimination or manipulation.”