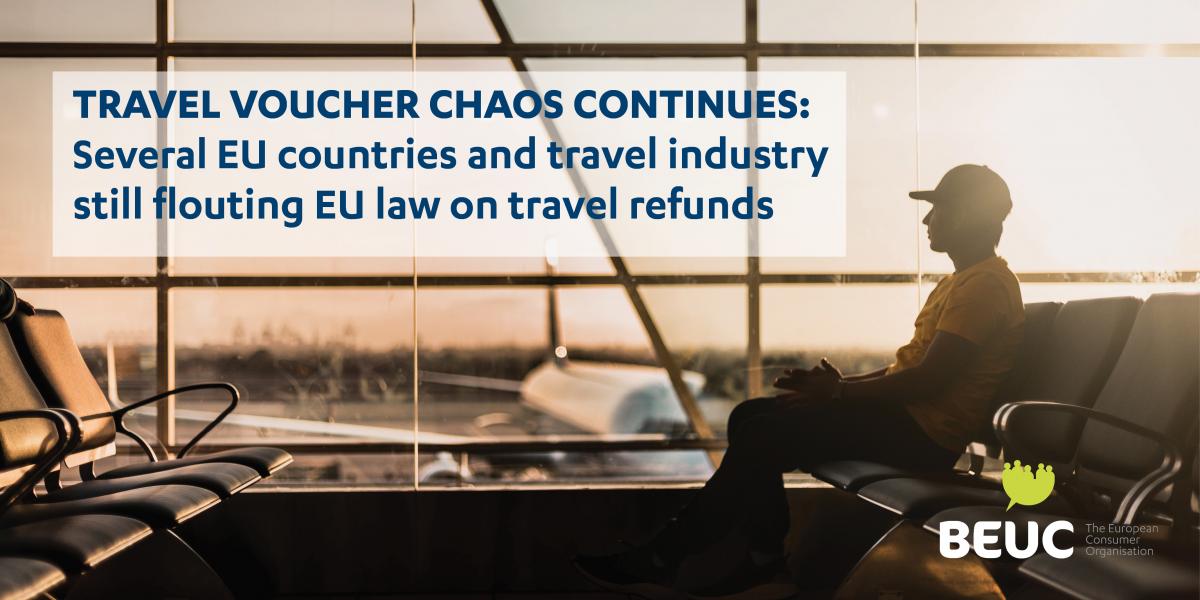 The pandemic and subsequent mass cancellations of travel bookings have led to widespread breaches of consumer and passenger rights law by the travel industry. Many EU countries also introduced national emergency measures during the first wave of the pandemic allowing tour operators and sometimes airlines – in direct contradiction with EU law - to force vouchers on consumers or postpone the statutory deadline for cash refunds.

In response to these repeated breaches of EU consumer law, the Commission published a recommendation on vouchers in May 2020, advising Member States how to make vouchers more attractive for consumers, so that they would voluntarily choose them instead of a cash refund. The Commission in particular urged Member States to introduce schemes to protect all ‘COVID-19 vouchers’ against the insolvency of tour organisers or carriers. The Commission also launched infringement proceedings against 11 EU countries that amended or suspended travellers' rights. BEUC and 11 of its members reported some major airlines to consumer protection authorities for breaching passenger rights.

Despite the recommendation on vouchers and infringement proceedings, most countries with unlawful legislation applied it until the end of its validity period, BEUC’s report reveals. Further, to our knowledge, no country used the flexibility provided by the EU’s temporary framework for State Aid to protect vouchers for stand-alone cancelled services (air, rail etc.) because of the pandemic. Bulgaria, Croatia, Cyprus, Lithuania and Slovakia still have national emergency measures harming travellers. In addition, several airlines unlawfully do not refund unused vouchers for cancelled flights.

BEUC Director General Monique Goyens said: “Nine months into the pandemic, many consumers are still being left in the dark, wondering if or when they will be able to get their money back for travel cancelled due to COVID-19. This is simply unacceptable. These consumers have had their rights trampled over and will continue to wait for their money back until the end of the vouchers’ validity period, in some cases until early 2022. Consumers cannot be used as cheap credit to bail out the travel industry. With the new travel restrictions introduced to fight the pandemic, we must avoid a new voucher saga in the near future. We welcome the continued efforts by the European Commission to remedy the situation, but it is the Member States that must finally respect EU law, otherwise consumer confidence in the travel industry will be undermined even further.”